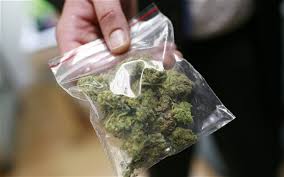 The Greek police are looking for a drug-smuggling gang which allegedly abandoned 830 kilograms (1,800 pounds) of marijuana in a stash on a southern beach.
According to a police statement, the drugs were found early Tuesday morning near the port of Kyllini, in the Peloponnese.
According to kansas.com reports, the marijuana was packaged in 56 bundles and the police are investigating whether a vehicle which was found nearby had been used by the unknown smugglers.
Police said the drugs did not appear to have been washed ashore, but it was unclear whether they had been brought in by sea or were supposed to have been picked up by boat and shipped elsewhere.
The packages were found following a tip-off. Police did not give an estimate of the stash’s street value.