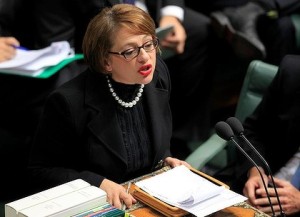 The independent Cathy McGowan has taken the lead from Greek-Australian Liberal Sophie Mirabella by 1051 votes, with 78% of the votes counted.

There are still 20,000 votes to be tallied, including at least 8,800 postal votes that can be received up to 13 days after the poll. Mirabella must now rely on a last-minute surge of postal votes if she is to have hope of pulling back McGowan’s lead.

Therefore, ABC election analyst Antony Green suggests Mirabella will manage to get over the line.

According to his statement to ABC, “Ms Mirabella would have written to every constituent in the electorate offering a postal vote application and traditionally they tend to favor the party that does that best.”