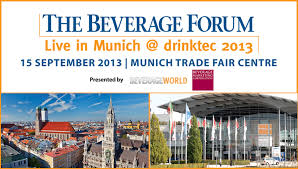 The US-based oil company Noble Energy on Sept. 5 began a drill stem test (DST) at the A-2 well in its Block 12 concession offshore Cyprus, flaring the well to check for the possibility of natural gas in the seabed but it was unsuccessful because of technical problems, the Cyprus News Agency said.
Earlier in the day, Energy Minister Giorgos Lakkotrypis told the state broadcaster the production test would take approximately a week. The data gathered would then be analyzed at Noble’s labs in Houston.
The US company is expected to announce the analysis results by the end of the month. The Block 12 prospect is estimated to hold anywhere from 5 to 8 trillion cubic feet (tcf) of natural gas. Officials have said that 6 tcf is sufficient to make the prospect economically viable for LNG exports.
The production test at the A-2 well is an appraisal drilling to confirm those estimates. If the results prove inconclusive, a second appraisal well might be necessary. The drilling has upset Turkey, which wants Turkish Cypriots living in the unlawfully-occupied northern part of the island which was invaded in 1974 to share in any profits.