Greek Entrepreneur Shot in His House 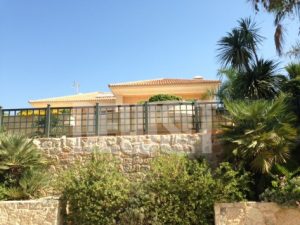 A Greek  entrepreneur from the former USSR, was attacked in his house, 11 Praxitelous street in Vouliagmeni Athens and shot several times.
The unknown perpetrator invaded his home at 04.36 a.m.
With head and leg injuries, the 61-year-old businessman is being hospitalized at the Asclepion hospital in Voula, Athens, and according to information his condition is serious.
According to the police, the perpetrator shot the front window, entered the house, where the 61-year-old was sleeping with his wife and their two children. When the victim went upstairs to see what was going on, he was shot and seriously injured. The perpetrator fled and disappeared.
The police officer dealing with the case, estimated that the assault is related to personal differences, so the investigations are directed mainly within the entrepreneur’s professional environment.