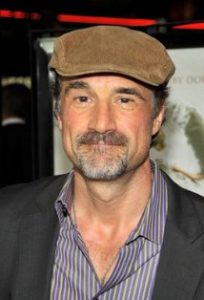 Greek-Canadian/American actor Elias Koteas has joined the cast of “Chicago PD.” The 52-year-old is fresh off his role from AMC’s “The Killing,” and will star in the police drama as series regular Alvin Olinsky, an undercover detective in the Intelligence Unit, THR reports.

“Chicago PD” aired as a backdoor pilot in conjunction with the first season of NBC’s “Chicago Fire,” which centers on firefighters and paramedics in the city. The “PD” spinoff will follow the day-to-day of the Chicago Police Department. Sophia Bush and Patrick Flueger are also part of the ensemble cast.

In addition to his new television role, Koteas is starring in the upcoming film, “Jake Squared,” about a filmmaker who sets out to make a new project in order to figure out how he’s screwed up every relationship he’s ever had. He also recently wrapped up “Devil’s Knot,” with Reese Witherspoon and Stephen Moyer.