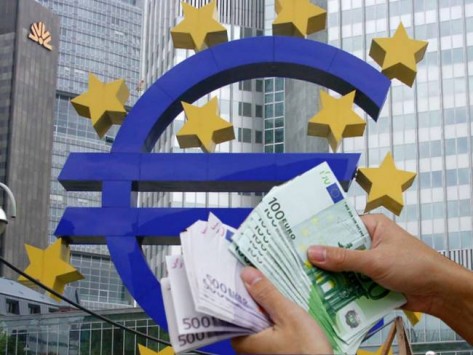 The European Union has denied a report that Greece’s international lenders – the EU, International Monetary Fund, and European Central Bank – want to put the country’s lagging privatization program in its hands and its headquarters moved from Athens to Luxembourg.
Media reports had claimed that the Troika wanted control of privatization because Greece has fallen woefully behind its targets to sell off state enterprises, including the gas agency DEPA, which didn’t draw a single bid when it was up on offer this summer.
“The ownership of this program is, and absolutely must remain, in the hands of the Greek government,” said European Commission spokesman Simon O’Connor, referring to Greece’s privatization program. Reports suggesting otherwise “have absolutely not been endorsed by the Commission or by the Eurogroup in any way” and they “have absolutely no status whatsoever,” O’Connor added.
He was referring to an unofficial report compiled by the Eurozone’s rescue fund known as the European Stability Mechanism. Sections of the report were leaked by the Financial Times, suggesting that Eurozone officials are considering establishing a company in Luxembourg to manage the sale of some 20 billion euros ($26.47 billion) Greek state assets.
The Troika initially estimated privatization could raise 50 billion euros ($66.19 billion) but ratcheted that down when the government failed to make much progress and had to replace two of the top executives of the privatization board over alleged ethics violations.
An ESM spokesman told Kathimerini that the report was “a background paper that is supposed to feed the discussion on the occasion of the Troika mission in Greece in September. “It is an internal paper as it has not been discussed or endorsed by the ESM governing bodies that represent the euro member states,” the spokesman said. The point of the report, he said, was “to maximize the value of state-owned real estate assets in Greece by making them more attractive for investors.”
O’Connor said the process of Greece’s privatization drive, and its efficiency, would be discussed during the next Troika review and stressed the significance of privatization revenue for curbing Greece’s debt.
His words were echoed later in the day by IMF spokesman Gerry Rice, who emphasized the importance of the program moving forward and Greece retaining its ownership.