Businesses Can Write Off State Debt 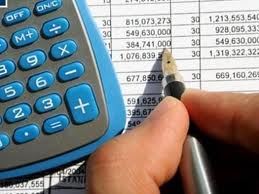 The Greek Finance Ministry said it will allow businesses who are owed money to the government to write down their obligations to the state but how much they should have received. Greece has insisted on payment in full of what it’s owed but is years behind in some cases of what it owes taxpayers, such as tax refunds.
Business owners have been griping about the unfairness of being forced to pay when they’re not being paid what they owe. During a crushing economic crisis, Greece has been trying to put off as long as possible what it owes while taking in as much cash as it can.
The amendment is expected to be included in the new tax bill and will provide that any confirmed tax, overdue payment or debts that are being settled, can automatically be offset with debts of the State towards taxpayers. The offsetting will apply to everything from utility and hospital bills to insurance contributions.
The Ministry of Finances hopes that the amendment will bring some calm to troubled businesses and tradesmen and reduce some of the State debts to the private sector, which are estimated to be in the range of 7 billion euros, about $9.28 billion.

Designer Yannis Dimoulis uses his platform of over 23,000 followers to explore the often-comedic nuances of being Greek-American.
Ancient Greece