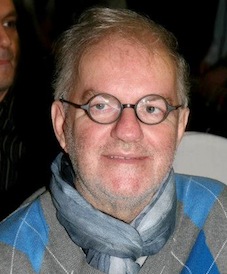 The death of the well-known Greek fashion designer Mihalis Aslanis has shocked the fashion world.
The news was released half an hour ago. The famous designer’s relatives and friends had been looking for him since this morning and started getting worried. At 1p.m. they called a locksmith and entered his apartment. This was the moment they saw the unlucky man lying dead.
There was no suicide note and the cause of his death will be investigated and clarified after the autopsy has been conducted by the coroner.
In a recent interview, Mihalis Aslanis revealed that he was facing serious financial problems and also that he was being blackmailed.
Aslanis’s homeland was Asia Minor. He belongs to the talented generation of BAKALO and pursued his studies on decoration, graphic arts, history of art taught by distinguished artists such as Tetsis, Moschides, Gounaris, Prekas, Bakalo.
In 1974 he started his career as a self-made person. His designs were on the covers of the most popular Greek magazines and were widely recognized with positive reviews thanks to his successful and ethnic influences. Since then, his work had been launched in private and collective fashion shows along with well-known foreign fashion designers in Paris, Monaco, Moscow, Istanbul, Cyprus, Milan, Rome, Bari and Canada.