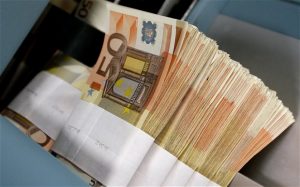 Deposits in Greek banks showed an increase this July (6,6%), according to data released on August 28 by the European Central Bank.
On the contrary, deposits in Cypriot banks have dropped by 2,4% and it is estimated that total deposits amount to  36.7 billion euros at present,  while in May 2012 deposits were  50.5 billion euros in total.
Moreover, Spanish and Italian bank deposits have also shown a decrease lately.
According to recent data of the European Central Bank, funding  and private sector loans within the Eurozone have notably dropped. However, housing loans showed an increase by 0.7%.
It is estimated that the main reasons for the reduction is the drop of consumer credit and loans towards non-financial companies