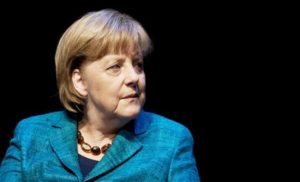 In an ominous foreboding, German Chancellor Angela Merkel said if she wins re-election on Sept. 22 that she won’t ease the pressure on Greece to keep imposing reforms if the Greek government wants her backing for continued rescue loans.
Merkel, who has backed aid for Greece but only on condition of unrelenting pay cuts, tax hikes and slashed pensions, said she won’t bend to arguments coming from the Social Demcoratic Party in her country, Deutsche-Presse-Agentur (dpa) reported, citing an interview to be published Aug. 27 in the newspaper es not wish to ease the pressure on Athens regarding the implementation of reforms, Saarbrücker Zeitung.
“The opposition insists that the only thing that the coalition wants is to save itself the day of elections,” she said, adding that she can’t predict what will happen in Greece but that the government must stick to agreed-upon reforms. Finance Minister Wolfgang Schäeuble said Greece will keep getting bailouts. stated that the funding of the aid program for Greece is secured.
Finance Ministry spokesman Martin Kotthaus he didn’t know what would happen about Greek Finance Minister Yannis Stournas’ floating of a trial balloon that Greece should be allowed to impose losses on the Troika of the European Union-International Monetary Fund-European Central Bank (EU-IMF-ECB) that is putting up $325 billion in two rescue packages, the same way it did to private investors, That would make taxpayers in the other 16 Eurozone countries pay for decades of wild overspending in Greece.