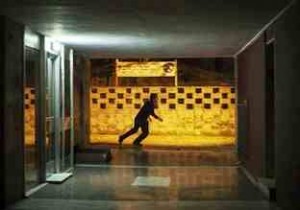 Two Greek films, “The enemy within” (O ehthros mou) by Yorgos Tsemberopoulos and “The tree and the swing” (To dentro kai i kounia) by Maria Douza, will have their world premiere at the 37th Montreal World Film Festival and particularly at Focus on World Cinema part.

The festival will take place in Montreal from August 22 until September 2 and it will showcase 218 films from all around the world.

1. In  “The enemy within,” Kostas Stasinos, 48, the owner of a garden supply store, lives an ordinary life with his wife Rania, his 17-year-old son Andreas, a high school senior, and his 14-year-old daughter Luisa. A progressive thinker and an unapologetic idealist since his student years, he has passed on his values to his children. But when his house is ransacked by a gang of hoodlums, his family’s peace and happiness are destroyed, introducing violence in their everyday lives in the shape of an old rifle. Will his family find the strength to heal their wounds and move on?

2. In “The tree and the swing,” Eleni, a professor of cardiology in London, has been estranged from her father Kyriakos ever since she left Greece 15 years ago. One day, after her British husband is posted to China indefinitely, Eleni decides to visit her homeland and make amends with her father. She brings her daughter Anna to Greece for the Easter holiday. But when she reaches home nothing she finds is as she expects. A Serbian woman is living with Kyriakos, looking after his big estate. Kyriakos has been harboring a few secrets of his own…