Alexander's Tomb May Not Be Found 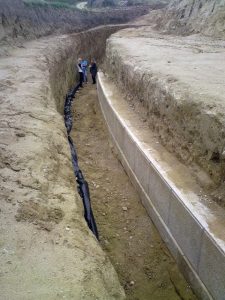 On Aug. 22, the Greek Ministry of Culture and Sports published an announcement on its official website about the way the media handled the recent excavation of a big built precinct of the 4th century B.C. in Kasta near Amphipolis, in the Serres regional unit of Greece.
As many Greek websites rushed to link the monument that was discovered to the long-sought tomb of warrior-king Alexander the Great, the Culture Ministry and in particular the General Directorate of Antiquities and Cultural Heritage felt it had to calm things down.
“The finding of Amphipolis is certainly very important, but before the excavation proceeds, any interpretation and mainly any identification with historical figures lacks scientific justification and is too risky,” the Ministry announced.
However, the Ministry admitted that the discovery of the marble-faced wall from the late 4th century B.C., 500 meters long and three meters high, is indeed very remarkable and of high archaeological importance.