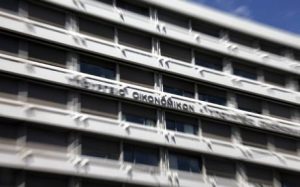 At the same time it’s trying to step up the fight against tax evasion, Greece will close 14 tax offices on islands to save money as directed by its international lenders which wants 290 tax departments across the country cut to 120.
The island tax offices will shut on Sept. 1, the Finance Ministry said in a statement. They are on the islands of Ikaria, Aegina, Andros, Kalmynos, Karpathos, Kea, Lemnos, Milos, Poros, Skiathos, Skopelos and Spetses, Tinos and on Hydra, where last year tax agents had to be rescued by riot police after trying to cite a restaurant owner for tax evasion.