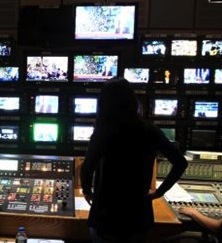 The European Broadcasting Union (EBU) said it will stop streaming former Greek public service broadcaster ERT from tomorrow, amid reports that its temporary replacement Greek Public Television (EDT) will broadcast news services this week.
In a statement, the European public service media alliance said that it will cease to stream ERT via its satellite capacity and the ERU website at 9am Central European Time on Wednesday August 21.
“Since 12 June, when the Greek government abruptly stopped ERT from operating, the EBU has delivered 8.5 million live streams for a total of 4.4 million hours of cumulative viewing to 2.5 million unique visitors and consistently called for the restitution of public service media in Greece, which is vital for culture, democracy and for society itself,” said the EBU.
It added that the EBU’s leadership had written to the Greek government offering support and expertise to help ERT’s planned full-time successor, New Hellenic Radio, Internet and Television (NERIT), to “fulfil its potential for independence and solid governance.”
ERT responded to the EBU’s decision by saying that it will continue to stream its television and radio broadcasts via all other distribution and re-streaming points, including the websites ERTopen.com and ThePressProject.gr.
The Greek government controversially shut down ERT in June in a bid to save money, causing the loss of 2,700 jobs. However, fired staff continue to occupy the broadcaster’s old offices and to make broadcasts.
(source: digitaltveurope)