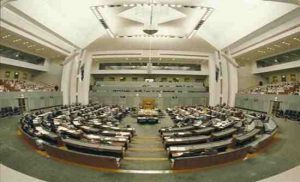 The number of candidates of Greek origin in the elections for the new House of Representatives and Senate in Australia, which will take place on September 7, reaches 17.

An almost certain re-election is considered for the candidates:
Maria Vamvakinou, Australian Labor Party, Calwell Electorate in Victoria.
Sophie Mirabella Panopoulos, Indi Electorate in Victoria, who will possibly maintain it, despite the relevant concerns expressed, and if the Coalition wins the elections she will undertake a ministry in the Abbott government.
Steve Georganas, Australian Labor Party, Hindmarsh Electorate, who is expected to be re-elected.