Why Are Tuesday and 13 Bad Luck? 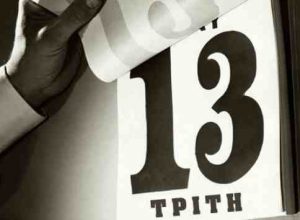 Why are Tuesday and 13 considered as a day of bad luck in Greece and some other cultures? It’s because each peoples have their own prejudices and superstitions and they seem to wrap around that day and number in some cases.
One of the reasons is that Constantinople fell on a Tuesday, May 24, 1453. When the Ottomans conquered the city the sum of the date of the fall was 1+4+5+3=13.
In the Western World, Friday the 13th is considered an unlucky day although it turned out to be a good title for a movie franchise. Another explanation is that on a Tuesday the 13th in the year 1204, the Crusaders conquered Constantinople, which has had a lot of bad luck with invaders.
The number 13 is said to be accursed because it spoils the perfection of the number 12: the 12 gods of Olympus, 12 months, 12 hours of the day and 12 of the night, 12 labors of Hercules, 12 zodiac signs. It is said that King Philip II of Macedon died shortly after he put a statue next to those of the Olympian gods.
There were 13 people at the Last Supper, Jesus and his 12 disciples, including Judas, who betrayed him. The 13th chapter of the Revelation talks about the Antichrist and the beast, the creations of the Devil. In the tarot cards, the death card has the number 13 on it. So check your calendar.