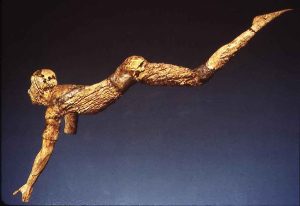 Minister of Tourism Olga Kefaloyianni expressed her satisfaction with the reopening of the Archaeological Museum of Heraklion, Crete. The museum was closed for years, but now it will open again to the public with a brand new wing.
Kefaloyianni visited the Archaeological Museum and had a guided tour around its exhibits. The Greek Tourism Minister underlined that the museum is now ready to receive the thousands of foreign and Greek visitors who were waiting to come into contact with the unique masterpieces that are displayed in it.
“It our duty,” she stressed, “to promote the Minoan Civilization in every part of the world”.
Speaking about the course of tourism, Kefaloyianni mentioned that the data for 2013 show that this will be the best year both in terms of tourist arrivals and revenues. This means, the minister said, that Greece is obliged to preserve this success and continue it.
She was guided around by Director Georgios Rethimniotis and accompanied by the deputies of Heraklion region, Manolis Kefalogiannis, Lefteris Avgenakis and Maximos Senetakis before heading to the region of Sissi to visit the archaeological excavation site there.
The Heraklion Archaeological Museum is one of the best museums in Greece and the world for Minoan art, as it contains the most notable and complete collection of artifacts of the ancient civilization.