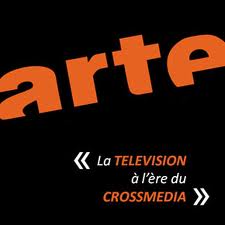 French-German channel ARTE is going to show Greek films and documentaries in a 24-hour special.

On Aug. 15, from early in the morning until after midnight, ARTE will travel the German-speaking viewers (Switzerland, Belgium, Austria and other European countries) in the heart of Greece and Greek people, through 17 documentaries including eight first-viewing, signed mainly by Greek directors and producers under the co-production agreement between ARTE and ERT.

The tribute will present a contemporary portrait of Greece, beyond the stereotypes and negative headlines concerning what Greeks are dreaming and what their plans for future are.

The program will be presented in German by the Greek journalist Dimitra Kouzi and includes award-winning documentaries such as One Step Ahead by Dimitris Athiridis, on the electoral race of the mayor of Thessaloniki Yiannis Boutaris, the Little Land by Nikos Ntagiantas, regarding the unemployed Athenians experiencing their new ways of life on Ikaria, the road movie of Kimon Tsakiris called Beauties and Difficulties, and Marianna Economou’s Food for Love presenting three Greek mothers who cook for their adult children who are studying away from their home.