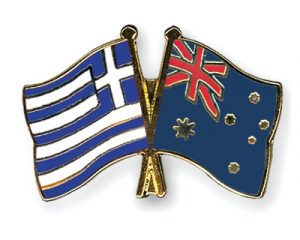 At the end of August, a joint fundraiser for a medical and pharmaceutical aid campaign for the most vulnerable citizens of Greece will be completed. The charity fundraiser is organized by the organization Greek Ambassadors and the Greek Orthodox Community of Melbourne and Victoria.

According to Neos Kosmos, the fundraiser was opened on May 28 at Arcadia House with the participation of nine Greek Language Schools of Victoria, of community members and other supporters who were involved in contributing to this effort. The fundraiser was framed my fundraising events held by the schools Mathesi, AHEPA, Alphington Grammar, GOCMV Afternoon Schools, Maraslios and Oakleigh Grammar Afternoon School, Omiros, Ariston and Nestoras Schools.

The fundraiser has received a number of private donations, including donations by Rev. Vasilios Kourtessis and the Greek Orthodox Philoptochos Brotherhood of Saints Cyril and Methodius, in Preston.

The campaign will be completed with the purchase of medicine and medical supplies to be made to the clinic in September.

Greek ambassadors have thanked all community members and schools for their support. To make a contribution, the Delphi Bank account details are the following: