Galifianakis to Lend His Voice to ‘The Simpsons’ 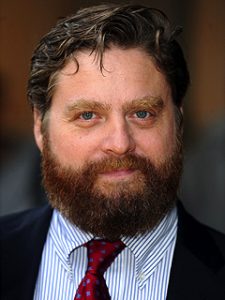 FOX is unleashing “Animation Domination” Sundays this fall beginning September 29. The two-hour fest of animated series that begins at 8pmE/P will feature many guest voices, including Zach Galifianakis.

The Greek-American actor’s voice will appear on the longest-running scripted show in history, “The Simpsons,” which has been on the air for more than 20 years and counting. Official details have not yet been released on what role Galifianakis will play.

While Galifianakis is most famously known as Alan in “The Hangover” movies, he’s no stranger to animated programming. He previously voiced the roles of Chet on “Bob’s Burgers,” Jack the Janitor on “TripTank,” Doctor on “Tom Goes to the Mayor,” and the Heavyset Man and Norman/Juror on “American Dad!” Fans of the film “Puss in Boots” may have also recognized him as Humpty Alexander Dumpty.

Some other celebrity voices that will be featured during “Animation Domination” are Ashton Kutcher, Kristen Wiig, Liam Neeson, Maroon 5 lead singer Adam Levine, and Bryan Cranston.