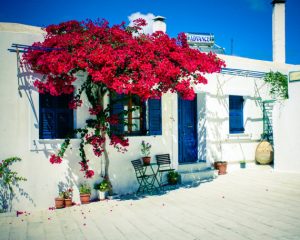 Despite a lingering economic crisis, the coalition government led by Prime Minister and New Democracy Conservative leader Antonis Samaras wants to lift a ban on repossession of homes of people who can’t afford to pay mortgages with their pay cut, tax hikes and pensions slashed and will allow banks to seize them and sell them off.
Deputy Development Minister Thanasis Skordas suggested that there could be a partial lifting on the ban from next year based on criteria that include the size of the mortgage and the homeowner’s family and financial situation.
While austerity measures have reduced Greek purchasing power some 46 percent, many banks have not allowed restructuring of loans and mortgages even though the level of non-performing loans has risen to 27.8 percent.
The government has reportedly been squeezed by the banks not to renew the ban so that they can take people’s homes and sell them.  The ban on auctions of main residences worth up to 200,000 euros ($260,000) expires at the end of the year.
The banks are backed by the International Monetary Fund, (IMF) one of Greece’s international lenders which wants the government to take the properties of people who can’t pay banks, fearing that the agency could be at risk of not getting its share of loans to the government repaid one day.
An IMF report stressed that banks will need to start cleaning up the problematic elements in their portfolios in order for the economy to receive a cash boost even if that means people will lose their homes.
Ironically, Samaras’ party and that of his coalition partner, the PASOK Socialists, owe banks 250 million euros ($332 million) in bad loans but there were no reports of banks trying to collect as they await more government funding for recapitalization.
Consumer credit is doing the worst, with 42.4 percent of loans being considered as bad, against 22.9 percent in mortgage loans and 27.5 percent in corporate credit, adding up to 63.5 billion euros ($84.32 billion) not being paid, a total more than the $70 billion owed by tax evaders, or 34 percent of the country’s Gross Domestic Product (GDP).
This breaks down to 12.5 billion euros ($16.6 billion) in NPLs in consumer credit, 16.8 billion euros ($22.3 billion) in housing loans and 30.3 billion euros ($40.23 billion) in corporate credit, according to data compiled by the Bank of Greece.
The ban on repossessions is believed to have saved 200,000 homes from being taken in the last five years but banks said they must be able to collect what is legally due them even if it means people lose their residences at auction.
But so sensitive is the issue that even members of the ruling parties, already beleaguered by constant backing of austerity that have made them wildly unpopular, don’t want to touch it.
New Democracy MP Sofia Voultepsi said there was no way she would discuss the auctioning of homes and PASOK deputy Paris Koukoulopous said Parliament would never accept such a measure. The coalition has a five-vote majority in the 300-member body.