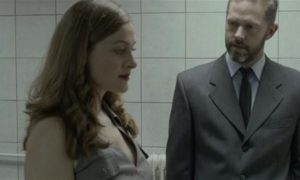 The second feature-length film of Alexandros Avranas will participate in the 70th International Film Festival of Venice  that will take place from Aug. 28-Sept. 7.
Themis Panos, Reni Pittaki, Christos Loulis, Giota Festa, Minas Hatzisavvas and Eleni Rousinou form the excellent cast of the film which focuses on the suicide of an 11-year-old girl.
Avranas’s first film in 2008 , Without, won seven awards at the 2008 Thessaloniki film festival but wasn’t screened in Greece.  Avranas also co-wrote the script of Miss Violence with Kostas Peroulis.
The production of the film was undertaken by Faliro House Productions, Play2space Productions and the Greek Film Center.  The last Greek film to participate in the world-renown film festival was Giorgos Lanthimos’ Alps in 2001.