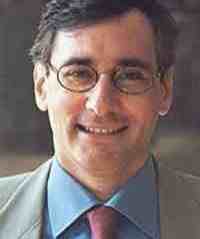 This year AAIA, which is a research center within the University of Sydney, will host the ancient historian of Greek descent, Angelos Chaniotis, who will be touring Australia from August 6 to September 13, giving a series of seminars and public lectures.

Chaniotis is a Professor of Ancient History and Classics in Princeton University’s Institute of Advanced Study (IAS). He is engaged in wide-ranging research in the social, cultural, religious, legal, and economic history of the Hellenistic world and the Roman East. The author of many books and articles and senior editor of the Supplementum Epigraphicum Graecum, he has worked on war, religion, communicative aspects of rituals, and strategies of persuasion in the ancient world.

His current research focuses on emotions, memory, and identity. Significant questions and dialogues in the field have developed through his contributions, which have helped to advance understanding of previously unexplored aspects of the ancient world.

The Professor’s lectures and seminars will focus on the graffiti in the ancient world, in Crete in the period of the Roman Empire, on perceptions of “the night” in Ancient Greece and on the use of statues in ritual in ancient society.

For more information about the forthcoming seminars visit www.aaia.chass.usyd.edu.a