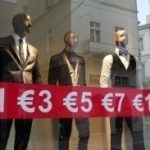 With Prime Minister Antonis Samaras touting Greece as a burgeoning “success story,” and a recovery from a crushing economic crisis, a study for an investment fund has found the country needs a  20-billion euro ($26.27 billion) liquidity injection to boost small and medium-sized businesses, and that even 5-6 billion euros ($6.5-$7.88 billion) could lift the sagging Gross Domestic Product, which has dropped 25 percent in three years, by 1 percent.
The findings of the confidential study carried out by consulting firm Oliver Wyman were revealed by the newspaper Kathimerini,  and were said to underline the significance of the swift creation of the Hellenic Investment Fund to bolster beleaguered Greek businesses.
The fund is to have initial capital of about 500 million euros ($657 million) with the bulk coming from European structural funding and Greece’s public investment program, and around 100 million euros ($131.4 million) being put up by Germany’s government-owned development bank KfW, as confirmed during a visit to Athens last week by German Finance Minister Wolfgang Schaueble.
The purpose of the fund would be complementary to that of cash-strapped Greek banks which aren’t lending because they are being recapitalized after being undercut when they, along with other private investors, took a 74 percent hit in 2011 with losses imposed by the government.
Banks are also trying to restructure loans as customers, buried under pay cuts, tax hikes and slashed pensions, have defaulted on 66 billion euros ($86.72) billion in what they owe the banks, including 250 million euros ($328.5 million) owed by Prime Minister Antonis Samaras’ New Democracy Conservatives and his coalition partner, the PASOK Socialists.
Rather than operating like a new lender, the fund would rather function as a financing tool, curbing the almost total dependence of Greek businesses on the country’s systemic lenders.
According to the consultancy’s report, Greece’s economy and its banks have entered a process of de-leveraging as debt levels reduce but this process is expected to last more than the usual seven years due to the “poor macro-economic environment.”
The establishment of the fund, which is to be modeled on Germany’s KfW and based in Luxembourg, has fueled some optimism about the prospects for economic recovery in Greece where a fourth year of recession has battered the business sector, leading thousands of businesses to close down and discouraging would-be entrepreneurs from opening new ones.
The support expressed last week by Schaeuble, despite his rejection of any idea Greece would be allowed to impose losses on its public lenders as it did to private investors, gave Samaras a bit of a lift as he readied to meet visitin U.S. Treasury Secretary Jack Lew in Athens on July 21 and U.S. President Barack Obama in Washington on Aug. 8.