Maclean’s Refers to the Prospects of Greece 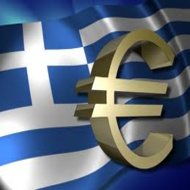 The weekly political magazine Maclean’s published a two-page article entitled, Europe is back, which makes a positive reference to the prospects of the EU, stressing that, not only did it manage to avoid collapse, but seems to be at a stage, which is characterized by the “Grecovery.”

The article focuses on the Greek case and describes the improvement of the climate of investment prospects for the country.

Also, the article makes clear that despite the high unemployment rates and the recession in Greece, an improvement regarding the confidence towards Greece has been recorded over the last years, with Fitch rating agency having upgraded the country’s prospects, the ten-year bond yields having fallen from the high 40%  to 10% and the Governor of the Bank of Greece, George Provopoulos, estimating the completion of the recapitalization of banks.

Furthermore, it is emphasized that this year a budget surplus and growth reaching 1,4% are expected, with the Prime Minister, Antonis Samaras, stating that the financial adventures of Greece will be a “bad memory.”

The article also explains that Grexit has been replaced by Grecovery and highlights the statements of the French President, François Hollande, according to which the crisis in Europe has ended, and a GDP growth is expected for most of the EU countries next year.