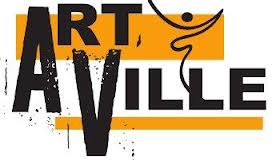 “There is no need for the people to stay at home. They can go out see different things and take action to combat their stress and depression.”
That was the philosophy behind the decision by artists and actors from Naousa, a city in the Imathia regional unit of Macedonia, Greece, who decided to organize themselves, mobilizing a large number of volunteers from the city and the whole region of Macedonia and the regions around to entertain themselves and to invite the wide public to join.
They said they wanted to fight the depression imposed by everyday life and conditions created by the economic crisis.
Art-Ville, otherwise the City of Art will be held for the second year in Naousa. Some 5,000 people attended the events last year in the four days that the festival lasted, while this year, in only two days, from the 12 in total, the crowd has already gone beyond last year’s numbers.
“We try to give to the people of Naousa and the visitor images and stimuli to understand and be able to create, express themselves, learn, react,” said Fotis Davoras, president of the cultural association Art-Ville. The events of the festival include every form of art, such as concerts, theater performances, puppetry, dance, music therapy, painting, art exhibitions, face painting, acrobatics, magicians, jugglers, shadow theater, cooking, book presentations, parties etc.