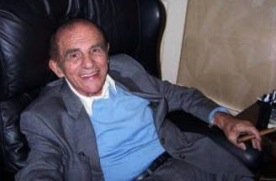 Marinos Vourderis , a poor Greek immigrant who became the millionaire king of Italian ices, died at his home in Jamaica Estates, Queens, New York City at the age of 97.

His daughter, Margie Hackford,told New York Daily News about her father,  “He was amazing. He had the Midas touch; everything he touched turned to gold.”

Vourderis, who was born near Athens, emigrated to the United States in the 1930’s, arriving in New York City with just 50 cents in his pocket.

He started his business activity with a small construction enterprise, but the real chance appeared when one of his customers for whom he was building an ice-cream shop, could not pay him. “The cigar-chomping Vourderis took possession of the ice-cream equipment he had been installing and his dream was born,” wrote New York Daily News.

He changed the name of the company from Olympic Ice Cream Company to Marinos Italian Ices and in 1964 he presented his ice-creams to the international commercial exhibition Flushing Meadows.

In 2002, Vourderis’ company had annual revenues of six million dollars while his ice-creams were sold everywhere, in  super-markets, pizzerias, restaurants.
Once asked to reveal his secret to success, Vourderis boasted, “We make the best ices.”

Vourderis is survived by his wife of 64 years, Mary; his daughter, Margie; his son, Dennis; seven grandchildren and three great grandchildren.