Thessaloniki, the Berlin of Balkans for Music 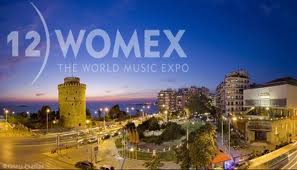 When last year the international exhibition of the music industry Womex was leaving Thessaloniki, it left behind great enthusiasm not only for the successful integration of a south-eastern European city to the institution, but also for the presence and participation of people who love music in the music events of the region.
WOMEX (short for WOrld Music EXpo) is an international world music support and development project based in Berlin, whose main event is an exposition held annually in different locations throughout Europe.
However, this enthusiasm was not the same in the interior of the city, which, according to professionals from the music industry, was unable for years to correspond collectively to efforts being made in order to “open” the music and concert identity of Thessaloniki to the Balkans and Europe.
“Thessaloniki is not just a frappedoupolis. It has a very distinct mark regarding music, entertainment, and whatever else has to do with music, from concerts, clubs, restaurants and even theaters,”  Tzelina Makrantonaki, vice governor of the Region for Extraversion Innovation and New Technologies, told ana-mpa.gr
According to Makrantonaki, the prerequisite to make something similar in Thessaloniki is to better organize the  businessmen around the city who are involved in the wider sector of entertainment. “Thessaloniki could attract a dynamic part of the youth of the Balkans though entertainment. The Balkan experience proves that there is large interest from cities of neighboring countries, such as Istanbul, Sofia, Belgrade and Skopje.