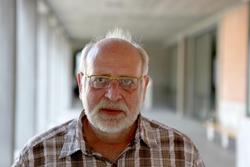 “Thessaloniki is the only, the most “byzantine city” in the whole Europe. Maybe even in the whole world. The only “city-byzantine museum” which still affords a diachronic element of the Byzantium in all its periods (first and late byzantine years) with samples of all its aspects – history, architecture, religion, everyday life.”
“The attempted destruction of the findings at the metro station will constitute –if it finally occurs- if not the …fourth Fall of the city in the modern world -it will certainly be an important pillage to the past- and to the present of Thessaloniki. The exploitation and promotion of these significantly important findings is an investment (a historic, architectural, scientific but also touristic and finally economic one) both for Thessaloniki’s  present and mainly for the city’s future,” stated Professor Paolo Odorico, director of Byzantine, Modern Greece and South-Eastern Center at the Ecole des Hautes Etudes en Sciences Sociales (EHESS) in Paris, France.
Paolo Odorico was born in Italy and has been living in France for many years. He adores the Byzantium, Modern Greece as well as …his Greek wife, and for the fifth consecutive year he is responsible for the Summer University for Byzantine Studies that will take place for the second time in Thessaloniki with the participation of 40 students holders of scholarships from all around the world. Perhaps these are the most important ambassadors of Byzantine Studies around the globe who come to Thessaloniki, from Chile, Japan, Estonia, Cyprus, Colombia , Hungary, Russia, Belgium, Spain Italy and more, to study the Byzantine history of the city.
Although the courses (during the fifteen-days of their summer circle which takes place every day at the amphitheater of the Museum of Byzantine Culture of Thessaloniki) are in English and French, all 40 byzantinologists participating speak Greek very well.