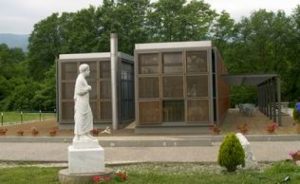 Deputies and senators of Greek descent from the USA, Australia, Canada and Sweden will participate in the Cultural Walk in the Footsteps of Aristotle and Alexander the Great, organized for them by the Interdisciplinary Center for Aristotle Studies (DIKAM) of the Aristotle University of Thessaloniki (Auth) from July 5-7.
DIKAM targets at interdisciplinary study, as well as at the international projection of Aristotle’s work, while through this specific action it aspires to be the pole of attraction and point of reference for Aristotelians on a worldwide basis.
The visiting lawmakers are members of the World Hellenic Inter-parliamentary Association (WHIA) visiting Greece these days.
WHIA aims at building relationships of friendship and cooperation, between Greece and their countries of origin in order to project Greek civilization and to promote subjects of common interest, as is the repatriation of the Parthenon Marbles and the support of the Greek Diaspora.
The program includes visits in Mieza, Naousa, where Aristotle taught Alexander the Great, the archaeological site of Vergina (Aigai, capital of ancient Macedonia), the Museum of the Tombs of Macedonian kings, the archaeological site of Stageira that is Aristotle’s birthplace, as well as circumnavigation of the Holy Mount.
The visit begins in Naousa, where WHIA’s members will be from July 5, in the afternoon and on July 6 there will be their official welcoming by the mayor, a speech by DIKAM’s president entitled Aristotle, the Ecumenical Philosopher and projection of a Pedro Olalla documentary.
On July 8,  WHIA’s members will be welcomed by Auth’s rector and the members of theSsenate, while a discussion on the subject The Universality of the Greek Cultural Heritage and its Importance in our time will follow. They were not scheduled to visit the ancient site of Plato’s Academy, a neglected patch of weeds, in an poor neighborhood of Athens.