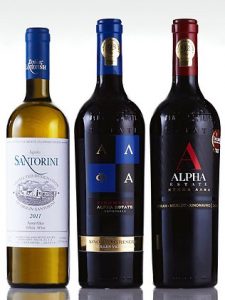 The Australian, the biggest-selling national newspaper in Australia, hosted in its insert magazine, Executive Living, a very flattering tribute to Greek wines.

The Australian newspaper did not also forget to stress, “Given the meltdown in Greece’s economy, you might well imagine that the nascent quality branch of today’s wine industry has been dealt a fatal blow. Quite simply, that has not occurred”.

Particularly for Alpha Estate, the magazine Executive Living stated: “The wines of Alpha Estate look to the future as much as the past, the immaculate winery luxuriously equipped, the standards of its viticulture and wine-making world-class”.

Although Australia is a leading wine producing country, it imports important quantities of Greek wines and the Australian media often host quite praising comments on them.