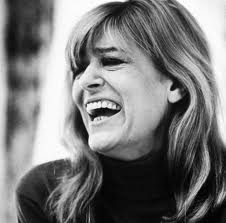 The Melina Mercouri Foundation, the Cultural Organization of Prespes and ADaM Productions of Badminton Theater present the performance, Melina-wherever I travel to, Greece…, a grand tribute to the famous Greek actress Melina Mercouri.

The premier of the performance will take place on August 24 in Prespes as part of the Prespeia International Festival and will then be presented at the Odeon of Herodes Atticus on September 7.

With reference to the most important stages of her life, songs, theatrical and cinema roles, moments of her actions and struggles, the performance makes use of the theater, music and dance the way she left her mark on them and the way she handed them down as cultural heritage.

The musical part of the tribute is curated by leading composer and Melina’s collaborator, Stavros Xarchakos. Elli Paspala and Iro Saia will sing Melina’s songs.

Maria Nafpliotou adds voice and soul to Melina’s phrases along with Yannis Stankoglu and reveal aspects of a controversial, misunderstood, bold and free woman who loved Greece more than anything.

Through many interviews and texts written about Melina, the poet Stratis Paschalis, has composed an original single act play. Sofia Spiratou is the director and choreographer of the performance.