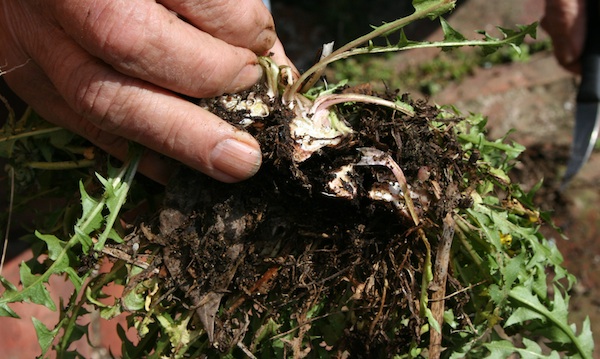 John Taris, a 75-year-old retiree was handed a $75 fine for picking dandelions (horta in Greek).

Taris, a Greek-American who lives in the Chicago area with his wife on a $1,500-a-month social security payment isn’t just picking the dandelions for hobby but to provide food for himself and his wife.

When the couple’s food supply was a bit low recently, he volunteered to go pick some to provide a vegetable, writes columnist John Kass in the Chicago Tribune.

Then, he was caught in the act of picking the weeds by a Cook County Forest Preserve cop, and he was issued a $75 ticket. His scheduled court date is July 9.

A spokeswoman for the forest preserve district noted that foraging is prohibited there and called the practice “unsustainable, especially when it’s done for commercial purposes,” the article reports.

“Quite simply, we could see some of these plants disappear over time,” said spokeswoman Karen Vaughan. “It can also have negative impacts on the natural plant and animal communities we’re trying to preserve for the public.”

Picking greens for food, in this case horta, is a cultural thing for Greeks and Greek-Americans. In Greek, horta (χόρτα) literally means “grasses;” that is, green wild-growing things.

These are typically spring foods, enjoyed before the bounty of the summer garden arrives, and can be found in most little village tavernas as well as on every kitchen table.

In the Greek countryside, you will often see men, women, and children picking horta on the roadsides and in public forests, but outside of Greece it seems to be a crime!