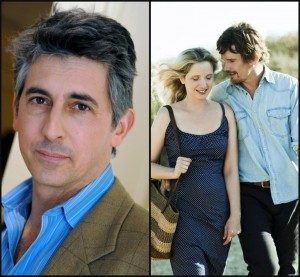 “Bereave,” which just had its crowd funding campaign launch on Indiegogo, revolves around Garvey, who is struggling with his own mortality and unable to reveal this secret to his family. He thinks he’s figured out how to die alone, but when his beloved wife Evelyn goes missing on their 40th anniversary, he must live to save her. During that short time, Garvey realizes what life still has to offer.

In addition to reaching out for support in producing the project, the crowd funding campaign, which McDowell is also taking part in, benefits CANCER STOMP! Twenty-five percent of proceeds raised will be donated to a cancer research charity (a vote on the organization will be taken at the close of the campaign). Those who contribute can choose from various reward options, including a free copy of the completed DVD, roles in the film, props, and even dinner with Malcolm McDowell, himself.

For more information on “Bereave”:
Facebook: facebook.com/Bereave.Malcolm.McDowell
Twitter: @BereaveFilm
Also check out a special featurette with the Giovanis brothers and McDowell on the Indiegogo page: BEREAVE