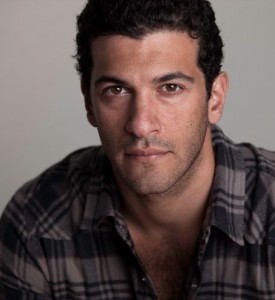 You may recognize Simon Kassianides from his role opposite Daniel Craig in the Bond flick “Quantum of Solace.” Or, perhaps you’ve seen him during any of his guest appearances on shows like “Burn Notice” and “Nikita.” Now, the Greek-British actor is taking on a role closer to his roots for the television drama “Covert Affairs.”

Kassianides will play a Greek arms dealer on the show, which airs on the cable-based USA Network. Starring Piper Perabo, the plot follows the pursuits of CIA operative Annie Walker, whose extraordinary linguistic skills and killer instinct take her on dangerous top-secret assignments around the globe.

“It’s one of the very few occasions where I’m playing a character from my actual ethnic background. So ‘hello’ to all you other proud Greeks out there,” Kassianides said in an interview with Starpulse.

The actor recently appeared in “Desert Dancer,” a film that was featured at Cannes this past May about Iranian dancer Afshin Ghaffarian, who risked his life to pursue his dreams despite a nationwide dancing ban. “Desert Dancer” is scheduled to hit theaters in the U.S. and U.K. sometime this year.

On television, be sure to lookout for Kassianides when a new season of “Covert Affairs” premieres on the USA Network July 16.