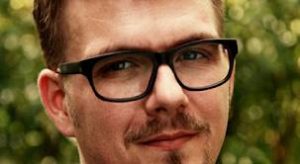 The German journalist of Greek decent Michalis Pantelouris left from the Social Democratic Party of Germany (SPD). Pantelouris wanted to protest this way about the fact that Rolf Kleine was appointed to be SPD’s new press spokesman.

SPD’s candidate for chancellor in the upcoming elections, Peer Steinbrück, sacked his former press spokesman Michael Donnermeyer and replaced him with Rolf Kleine who has a career as a journalist in the editorial office of the tabloid newspaper Bild. What made Pantelouris so angry appears to be the fact that Kleine is the author of many critical comments on Greece.

“For years, I am openly against this kind of people like Rolf Kleine. I cannot remain silent for months about the fact that the person who aspires to become Chancellor of Germany with my support, integrates in his team a man who does exactly the things I fight against,” Pantelouris told the German newspaper Handelsblatt in order to explain his departure from the party.

The same newspaper mentions that Kleine was obliged to apologize about a post he wrote in a social network where he called the Vice Chancellor of Germany, Philipp Rösler, “North Korean General.”