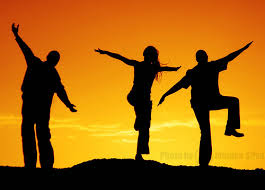 According to an article posted in Kathimerini, a study which was conducted by the non-profit, Hamburg-based, Foundation for Future Studies, show that Greeks seem to be second on the list of the happiest European peoples.

Despite the financial crisis, Greeks are still among the most satisfied and happiest peoples.

According to the organization, Danes come first with 95%, followed by Greeks who have a happiness rate of 80%, followed by Italians with 79%, while Germans rank eleventh with 61%.

The foundation’s data shows that Russians have the lowest rate in happiness, only 37%, despite the country’s development.

The foundation was established on an initiative of British American Tobacco.