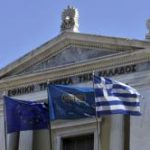 More than 75 percent of the 207 billion euros ($277.58 billion) that has so far come in through two bailouts to prop up Greece’s battered economy isn’t going to social services and citizens, but to banks and wealthy investors, according to a study by the activist group Attac that was published Monday in Suddeutsche Zeitung.
The France-based organization estimates that  160 billion euros ($214.56 billion) has ended up in the pockets of lenders and investors, according to the report. It did not indicated if that, however, included the 74 percent losses imposed on them by former finance minister Evangelos Venizelos to write down the country’s staggering debt.
“Political elites have not been trying to rescue the Greek population, but the finance sector,” Lisa Mittendrein, from the group’s Australian chapter, was quoted by the German newspaper as saying.
“The widespread belief supported by European politicians that the various rescue packages for Greece have helped ordinary people in the country is no longer tenable,” she said according to the report.
Greece is still receiving the rescue monies, which are set to top $325 billion by the time they are done. After that, the government is hoping to be able to return to the private markets.