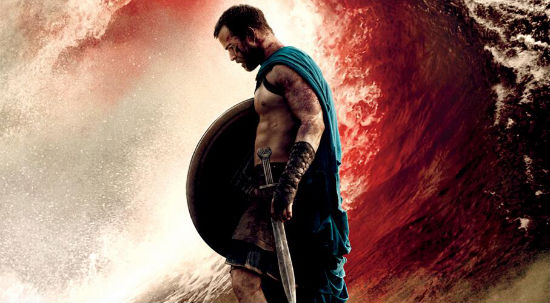 The first trailer for 300: Rise Of An Empire was released on Wednesday night by Warner Brothers. The official trailer is packed with shirtless Greeks, vengeful Persians, and a lot of blood.

The sequel to 2006′s 300, starring Gerard Butler, takes place before, after, and during the first installment.

300: Rise Of An Empire follows Greek general Themistokles (Sullivan Stapleton) as he marches on the Persian armies of Xerxes (Rodrigo Santoro) and his right hand woman, Artemisia (Eva Green).

Watch the trailer below:

Lena Headey and Rodrigo Santoro reprise their roles from the original.

The film is slated to hit theaters in March of 2014.

Related: Watch a Greek Reporter interview with Gerald Butler on 300