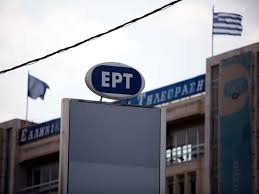 Under the pressure of the Troika for the shrinking of the public sector staff, Samaras’ government is planning radical changes in the Hellenic Broadcasting Corporation (ERT), the Greek state-owned public radio and television broadcasting corporation.
The government is considering using a large part of the special tax paid by Greek citizens for ERT (that is included in electricity bills) in order to cover other needs. ERT’s revenues are estimated to be around 300 million euros. Around 88% of ERT’s funding comes from television license fees. The government is already using 25 percent of these revenues for renewable energy sources.
ERT’s future is dark, as reports are rampant about the closure of regional broadcasting stations. The Troika also wants the operating costs for NET, ERT’s second television network, to be largely decreased.
According to estimates, the dismissal of 600 to 700 ERT employees is being readied. Some employees will be given the chance of voluntary departure taking into consideration that around 700 ERT employees will retire by 2015.
There are 2,780 people currently working for ERT, in the five public television stations (ET1, NET, ET3, ERT World and ERT HD). ERT also includes 29 radio stations, websites and weekly magazine, as well as the National Symphony Orchestra and the Orchestra of Contemporary Music.