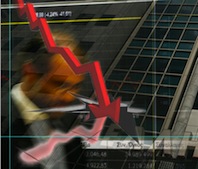 Athens Stock Exchange ends 4.7% lower on Monday, weighed down by the news the Greek government has failed to get any bids for the sale of gas company Depa and only a single bid for Desfa.
These two companies were seen as key to Greece΄s ambitious, but long-delayed privatisation program. This offset news Greece΄s state budget deficit shrank in the first five months of the year, dropping to EUR984M from EUR2.35B a year earlier.
Banks suffered the heaviest losses; Eurobank Ergasias is the biggest loser, down 11%, Alpha Bank down 5.6%, and National Bank of Greece drops 2.8%. Elsewhere, Public Power Corp ends down 6.1% and Hellenic Petroleum 3.7%.
Much of the focus Tuesday will be on the hearing of the German constitutional court regarding the OMT and the ESM.
Οn the board the General Index ends 4.69% lower at 939.78.
(source: Capital)