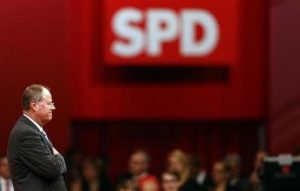 The Social Democratic Party of Germany (SPD) asked the German government to reveal “the truth about Greece” and the danger according to which German taxpayers may lose part of the rescue packages’ money, in the light of the International Monetary Fund’s report, on June 5.

During a conversation that was held in the German Bundestag, Carsten Schneider, the SPD’s parliamentary budget speaker, blamed German Chancellor, Angela Merkel, and the Federal Minister of Finance, Wolfgang Schäuble, for their dishonesty towards the citizens in view of the September elections, concerning the real cost of the Greek rescue.

“The Chancellor and the Federal Minister of Finance are not any longer allowed to leave citizens in the dark, in relation to the fact that after the elections, there will have to be Greece’s debt restructuring with the participation of the public sector,” Schneider said. He continued, “Mrs. Merkel has said that Greece must stay in the euro. Now she will have to tell us how much this promise will cost. The truth has to be revealed before the elections.”

SPD leader, Sigmar Gabriel, judged the European politics of Berlin in an interview he gave to the German newspaper, Die Zeit, pointing out that “Germany is the big winner from the euro and it has to re-invest part of its profits.” He also said that “the solution is not the austerity programs, but the implementation of measures, such as those taken in Germany,” referring to the reforms of the former Chancellor of Germany, Gerhard Schröder.