‘A Green Story’ Picks Up Distributor in Greece 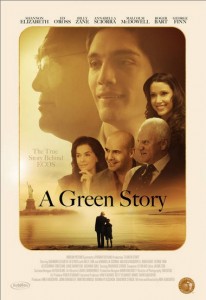 Feelgood Entertainment announced today that it will be giving Paramyth Films’ “A Green Story” theatrical distribution in Greece.

The film, which premiered at last year’s Los Angeles Greek Film Festival, is a biographical drama based on the life of Van Vlahakis, a Greek immigrant who traveled to the US with just a few dollars and ended up creating one of the most successful green products to hit the market through his company, Earth Friendly Products.

Feelgood plans to give “A Green Story” national rollout on July 18 following its Athens premiere on July 15.

“It is a great honor and a source of inspiration to bring this fascinating Greek American dream to the big screen,” said Feelgood Entertainment’s Managing Director Irini Souganidou. “More than ever, this is a time to share exemplary, true stories with the Greek audience.”

Indican Pictures holds all other foreign rights to “A Green Story,” in addition to all theatrical, television, ancillary and VOD rights in North America.