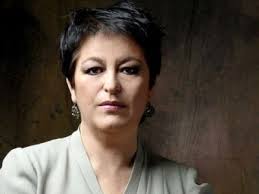 Sending the message that healing is an offer and solidarity among people, wherever they come from, the well-known soprano Sonia Theodoridou is contributing to a humanitarian project.
Theodoridou will give a charity concert at the the Lycabettus Theater, on June 7, at 9 p.m., to support the efforts of the newly established Scientific Society for the Healing of Breast Cancer named EMEIS, which aims at providing complete medical and financial support to poor women with breast cancer.
The acclaimed artist, who has appeared in the most important opera houses of Europe, will perform songs of the world and from the Greek repertoire by Hatzidakis, Theodorakis, Puccini and Lucio Dalla.
Breast cancer is a disease that threatens more and more women in the western world. The international community’s efforts aim at the earliest possible diagnosis so that treatment is most effective. The battle against the disease has lead a long route with strenuous efforts and significant achievements that have led to a significant reduction in deaths from breast cancer.

A new, single- dose coronavirus vaccine produced by Johnson & Johnson is now set for FDA approval for emergency use.
Diaspora