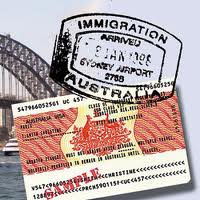 The Austrian newspaper Oberosterreichische Nachrichten published a tribute to western Greece under the title The Virgin Greece, and wrote of a tour that starts at Parga and ends at Lefkada following the “traces of mythology”.

In its presentation of Parga, a town located in the northwestern part of the regional unit of Preveza in Epirus, northwestern Greece, the Austrian newspaper says that, although Parga does not have the typical traditional architecture of the small white-washed housed with the blue windows, the town is an allure to tourists.

The article notes the mythology of the region. The Acheron River that is near Parga, was, in ancient Greek mythology, known as the river of pain, and was one of the five rivers of the Greek underworld. On the banks of the Acheron river in Epirus, was located the Necromanteion, an ancient Greek temple of necromancy devoted to Hades and Persephone. In Homer’s Odyssey, the Necromanteion was also described as the entrance by which Odysseus made his nekyia.

The tour goes on to the ancient city of Nicopolis, to Preveza and Lefkada, “the pearl of the Ionian Sea.” The island of Lefkada, though it is has not developed very much its tourism, offers a wild and romantic landscape that attracts mainly visitors who wish to get to know the original Greece.

The most beautiful beaches are in the western coast of the island, such as the impressive Egremni, as well as Porto Katsiki and Kathisma. The feature also refers to the nearby islands, among them Ithaca, the home of Odysseus.