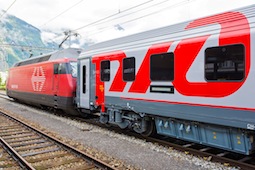 Russian Railways chief Vladimir Yakunin has asked President Vladimir Putin to support its participation in the privatization of the Greek port of Thessaloniki, a news report said Wednesday.
The selection of candidates may begin as early as June, according to “The Moscow Times” citing Kommersant.

Deputy Prime Minister Arkady Dvorkovich has been tasked with analyzing the pros and cons of potential involvement.
The deal includes the privatization of the rail carrier TrainOSE and repair company Rosco, and has an estimated starting price of 140 million euros.

TrainOSE is estimated at 30 million euros, Rosco at 10 million euros, and the port of Thessaloniki at 100 million euros.
The head of state-owned Russian Railways said that without public funding his company would have to consider forming a consortium with a foreign partner to buy the assets.

Other companies from France, China and Arab states are also showing interest in the assets, as well as Russian state agencies authorized by the government, the letter states.

Yakunin said that the port΄s privatization represented a unique opportunity to combine rail and port projects in Greece with infrastructure projects already implemented in Serbia.
Last year 4.4 million tons of freight passed through Thessaloniki, one of the main ports in Greece, while the net profit exceeded five million euros.
(source: themoscowtimes, Capital)