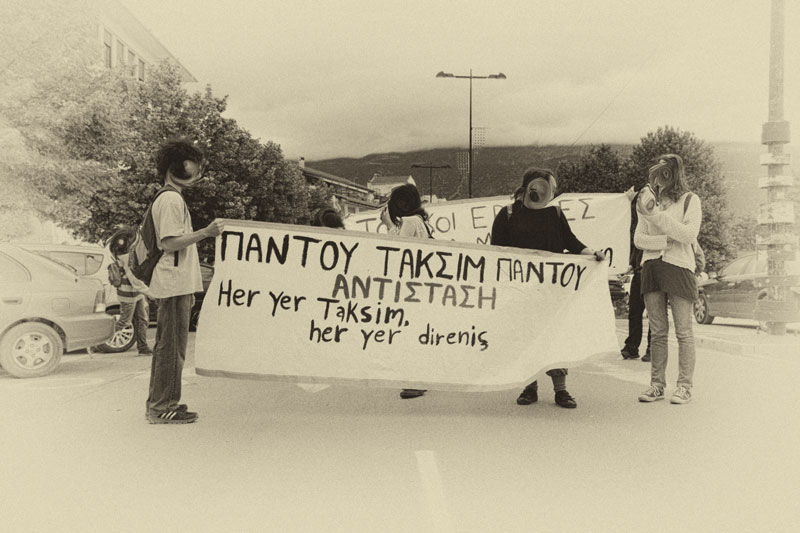 With Turkish protesters clashing on June 3 for a fourth day with police around the country in demonstrations against a plan to tear down trees in the center of Istanbul for a shopping mall and their opposition to Prime Minister Recep Tayyip Erdogan, they got support from about 2,000 Greek leftists who marched outside the Turkish Embassy in Athens.
“Authoritarianism is broken on the street, solidarity with the Turkish people,” chanted the demonstrators from various leftist groups including the main opposition radical left SYRIZA party.
“From Taksim Square to Athens, we fight poverty and hunger,” they sang, referring to Istanbul’s main square where demonstrators rallied.
The Athens rally included a small group of Kurdish refugees who held a banner in Greek and Turkish: Overturn the Regime.  A similar protest had been held in the northern city of Thessaloniki the day before.
Erdogan is moving the country closer to his Islamic views and away from secularism and said he will curtail smoking and drinking among other plans to make the people fall more rigidly into line with the thinking of his party, angering Turks who say their freedoms are being cut off.
Smaller protests were also held in the cities of Ioannina, Volos, Preveza and Igoumenitsa.
Watch a video of the protest below: