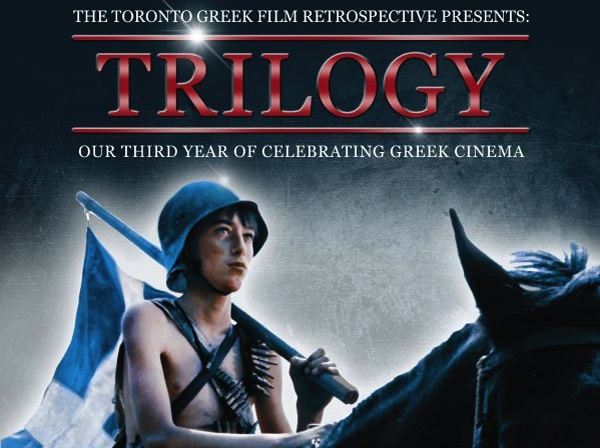 The Greek Film Retrospective turns three years old this summer in Toronto. The largest Greek movie event of the city, The Retrospective is a series of free screenings to celebrate Greek cinema via an electric mix of films from the past 50 years.

The organizers describe it as “Hellenic culture, history and passion on screen.”

The TGFR’s aim is to showcase Greek films produced by Greek filmmakers. The foremost goal is to promote Hellenic culture, history and passion on screen. The films that will be shown include ones from the golden years of Greek cinema, from the 1950’s to 1960’s, as well as films from the early 80’s and 90’s.

This year, TGFR brings to Toronto free screenings of 23 great films from Greece, which will be shown at the Danforth Music Hall on June 22nd and June 23rd for the 3rd edition.

In this edition, TRILOGY, it is included a 2011 box-office hit from Greece,The Island (To Nisi). Other films to be shown at the Greek Film Retrospective are:

This event is open to the general public and admission is free.