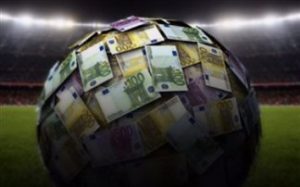 According to the data submitted to the Committee of Institutions and Transparency of the Greek parliament by the president of the Supervisory and Gaming Control Committee (E.E.E.P.) Evgenios Giannakopoulos, the amounts played in illegal betting in Greece are equal to one loan tranche of the memorandum.
Giannakopoulos mentioned that the annual turnover in illegal betting amounts to 6 billion euros, one billion of which concerns   internet betting.
He said that, “This market has never been recorded. No one knows how many machines of technical recreational games – which were also related to gambling in the past- how many machines are out there, and how many people are involved. Greece is a country that will be recorded for the first time. It is at least essential to record the market in order to be able to control it. I have to tell you that, the amounts of money played in gambling are only conjectures and there’s no serious evidence, in order to be able to estimate the actual amounts.”
He also added, “There’s an element which is crosschecked, the betting and gambling on the internet. One should calculate that the money played amounts to about 1 billion, that is, what we call annual turnover, which leads to a gambling gross profit of about 200 million euros.”
Giannakopoulos said that the betting market “is burgeoning. In any relevant fair we go abroad, we are left dumbfounded by the rapid advancement of technology in this field,” adding that, “One could say the overall illegitimate gambling is as big, as the legitimate gambling. Today we have a legitimate turnover of 6 billion euros in gambling and speculations say it is about twice as much. That means that there’s much room for legalization of activities. Our aim is for players who want to deal with this issue, to do it in legally controlled networks and reduce the tendency to gamble as much as possible.”