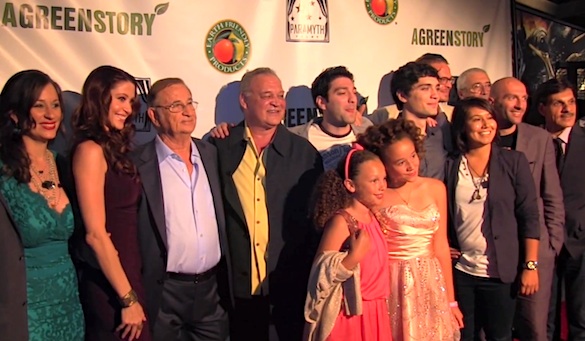 “A Green Story” cast and crew celebrated the film’s much-anticipated theatrical release with a party in the heart of Hollywood. The star-studded event took place at Madame Tussauds on May 24, 2013 in Hollywood, CA.

Among the attendees of the event were actors Ed O’Ross, Shannon Elizabeth, Roger Bart, George Finn, Louis Mandylor, director Nika Agiashvili and Exec Producers -and subjects of the film- Van Vlahakis and Kelly Vlahakis-Hanks. Greek-American Oscar-winning actress Olympia Dukakis, who had received earlier a star in Hollywood’s walk of fame, was also present at the party.

Watch interviews from the party with the movie’s cast and real-life characters:

“A Green Story” is in U.S. theaters May 24, and is scheduled for a July theatrical release in Greece.

The "Lap Pool House," a modern house built on a slope of the Cycladic island of Tinos, is nominated for an EU award for Architecture.
Greek News